Say farewell to the smartphones - Part 3

A couple of years ago, Keiichi Matsuda released this Kickstarter-funded film. He calls himself a future-face designer and is highly praised for his filmmaking work and designs for Leap Motion. The interesting thing about his films is the fact that they offer us a unique perspective on what could be the future of AR. Although the result is rather dystopian, it is important to consider them as possible realities. In the first blog post about this topic, we already discussed why smartphones will eventually disappear and what signs already support this claim. In the previous part, we discussed how the future could look like after the smartphone. In the final part of this series, we take a deeper look into these dystopian views and whether or not we can design experiences in such a way we avoid ending up in this ‘hyperreality’, or even: how to avoid building one.‍

Zooming in on the hyperreality imagined by Matsuda we see an overload of stimuli asking for your attention. He imagines for instance an ‘inspiration guru’, who calls you to put you under pressure and warns you that you’re about to lose points because you’re late. Or information about the ongoing traffic in front of you, or a virtual dog telling you which food earns you the most points to level up as a person, or...

Technology has always gone hand in hand with some form of anxiety. In fact, change always results in some form of stress. People are creatures of habit and as new technology comes along to disrupt our way of life, it creates friction and uncertainty while we adopt and adapt to it.

A good example are the locomotive acts, surfacing in the last part of the 19th century in the UK. These parliamentary acts were made under great pressure of the UK railway industries in an attempt to anticipate the chaos that they thought would arise when personal vehicles start roaming the streets. The politicians and the general public not only feared these new locomotives would destroy the roads, but also they would keep people awake at night, because of the accidents or scared horses. One of the most remarkable parts of these acts was the famous Red Act Flag, in which a car had to be accompanied by a Red Flag bearer running in front of it indicating the vehicle was nearing. No one at that time could imagine these steel horses would have such an impact on our lives like they have today, but also how ‘invisible’ or ‘normal’ they have become. We actually have a term for that: ubiquitous computing. Or in human language: it’s a concept where computing happens at anytime everywhere. From sensors in our clothing, e.g. to monitor your health, to smart fridges to other tiny devices communicating with each other. It is tightly related to Internet Of Things, but it describes the more general feeling of technology woven into our daily lives without it bothering us, but rather enhancing us as humans.

And so it goes with other technologies such as tv, mobile phones, smartphones, the internet and so on. Eventually, when people start to see how it can serve them, they mostly embrace it. I’d like to emphasize the word serve here. I like to look at the AR Cloud, mentioned a few times in this blog post series, as one big pool of services which people can subscribe to. These services will offer the user direct value in the specific context they’ll find themselves in. If you’re driving your car, you can start the Waze service on your smart glasses, guiding you to your destination. Hungry? No problem. Activate the same Waze service, together with the Yelp service. As soon as you see restaurants, it will show you the latest reviews, so you could make an informed decision on the spot. The moment you don’t need them anymore, you de-activate them. This system has to be designed in such a way, advertisers or developers don’t have full control over what they do with it because the risk of breaking the UX, eg. overload of notifications, in AR is too big. Moreover, consumers nowadays are way more critical about big tech companies and are more aware of privacy and things like digital health.

Something we definitely need to take into account when discussing a shared AR Cloud is that privacy. The previous decade, privacy issues have grown into a very important topic people tend to care a lot about. Not every company or country values customer privacy as high as they should. Never forget the face of Mr. Zuckerberg in the various parliaments talking about ‘privacy’, but also mind countries like China where serving people with technology came with a big price: no more privacy. This is where we see an interesting shift emerging. Apple suddenly really cares about our privacy. The EU has very strict GDPR legislation. As people get more aware of what privacy really means, the companies and politicians willing to give privacy back to the people are the ones that will come out on top in this decade.‍

Will we ever find ourselves in the dystopian scenario Keiichi Matsuda envisioned with his movies? I don’t think it will come to that, although we need to be fully aware that the key to success in the coming years is valuing people’s privacy while servicing them as much as we can with technology. As soon as people realize the AR cloud will support them in their daily lives, the red flags can be abandoned and the smart glasses really can be embraced. 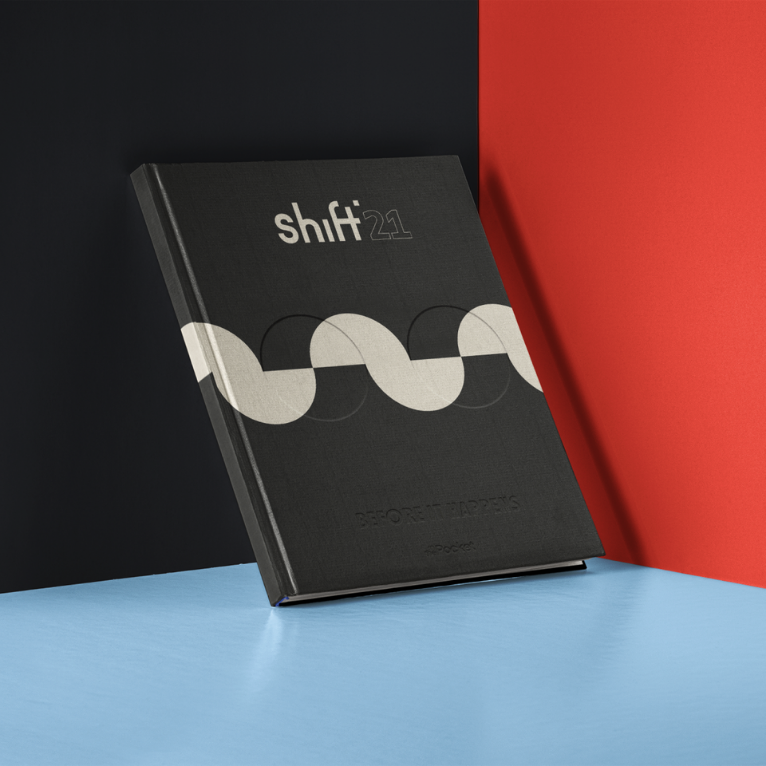 App-less AR: beyond the barriers of native apps

Sign up for our newsletter and stay updated on trends, events and inspiring cases.