How to control your smartphone addiction 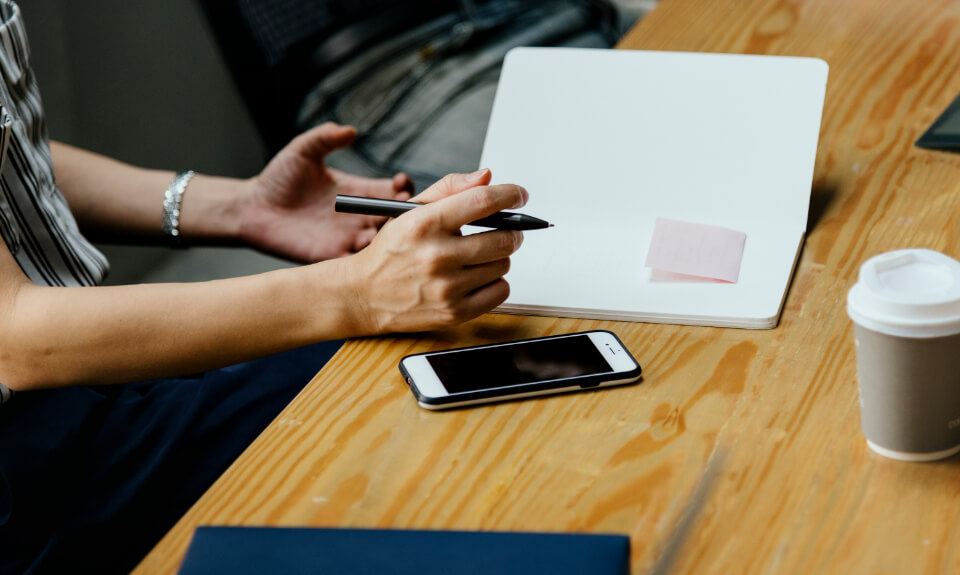 On the ground floor of De Krook, the library of the future, a young boy is focused on his smartphone. He puts the device away, to retrieve it no more than two minutes later. A ritual in which many will undoubtedly recognize themselves.

Three floors higher, a team of scientists is conducting research into those addictive rituals. They’re members of imec, the world-leading R&D and innovation hub in nanoelectronics and digital technologies, closely connected to the Flemish universities.

For years, imec has been publishing the Digimeter, a report with figures on how Flemings deal with technology. For example, this year the report states that 78 percent of them have a smartphone and 18 percent have a smart wearable.

'That research is based on pure self-reporting of 2500 people', says Professor Lieven De Marez. The report mainly provides an overview of the adoption of certain devices and technologies, but De Marez also sees clear trends that arise after years of research. 'More and more I see people having a love-hate relationship with their smartphone, who want to get their behavior under control. You could compare it to training a dog: by laying down rules about what is and what is not allowed, it will, for instance, learn that it can’t eat at the table. The same applies to a smartphone, which we often use everywhere because of a lack of clear rules.’

In lectures and interviews, De Marez often talks about digibesitas, a reference to obesity. 'To deal with this addiction, there are three possible options. A first solution is self-regulation. You lay down rules at random, which gives you the chance to fall into old habits. A second track has started to follow a certain structure, such as a diet. That is a bit better, but often you see that it is done as soon as it falls away. In addition, such a structure is never entirely personalized. What works for someone else may not work for you. "

That’s why the professor is promoting a third option: professional help. 'Together with an expert you will look at your behavior to look for certain patterns and then change a few very specific elements. With a few small interventions, you can often achieve a big effect. '

The big problem, it seems, is that people usually don’t know how they spend their time when they use their smartphone. Often our behavior follows specific patterns based on unconscious decisions, or we view our mobile phone without actually doing anything. If you would work with self-reporting, as is the case with the Digimeter, you’ll get a completely distorted picture.

The importance of context

In order to map that behavior even better, imec joined forces with In The Pocket and the Belgian data visualizer Bits of Love to build a digital tool. The result is MobileDNA, an Android application that has been available since January 2018. By installing the tool and using their smartphone as they would normally do, people gain insight into how they use their device. Over time they’ll see how many notifications they get, which apps they often use and when they grab their smartphone.

'What is important here is that we can map the entire context,' says De Marez. 'People's behavior often shows ‘trains’: they always open a number of apps in the same order. First Instagram, then the Zalando app and finally a mobile banking app, for example. In the literature, this behavior has often been described because it was suspected that it existed, but now we get a clear insight into it.’

It’s this context which makes MobileDNA so interesting. In recent months, several tech companies have launched similar services in order to respond to the demand for more digital wellbeing. ‘To me, these tools can be considered PR and corporate social responsibility, but they’re less useful. For example, if a Facebook tool is telling you that you spend 53 minutes a day on the platform, you still don’t know anything if the context is not taken into account. Maybe these 53 minutes are in the evening when you’re watching television - in that case, there’s nothing wrong. If these 53 minutes are during office hours, it can become more problematic.'

If a Facebook tool is telling you that you spend 53 minutes a day on the platform, you still don’t know anything if the context is not taken into account

On the one hand MobileDNA was launched to make people aware of their relationship with their smartphone, but on the other hand, it’s also the perfect source of (anonymized) information that researchers can use.

'Now that more than 7,000 people use the tool, we get a very clear picture of the behavior. For example, the Fleming spends an average of 171 minutes a day on their smartphones. About 66 times a day we check our phone, of which 39.5 percent of the times only one app is opened. The remaining 60.5 percent are so-called 'trains' that consist of an average of 3.8 applications.'

A next step will be investigating which remedies work best for the different users. "For some, it might be enough to remove one specific app, while another needs to take more drastic measures. In the future, we also want to involve other variables in the platform. For example, stress might be an interesting factor: when does someone grab his smartphone? And what effect do notifications have on our state of mind?'