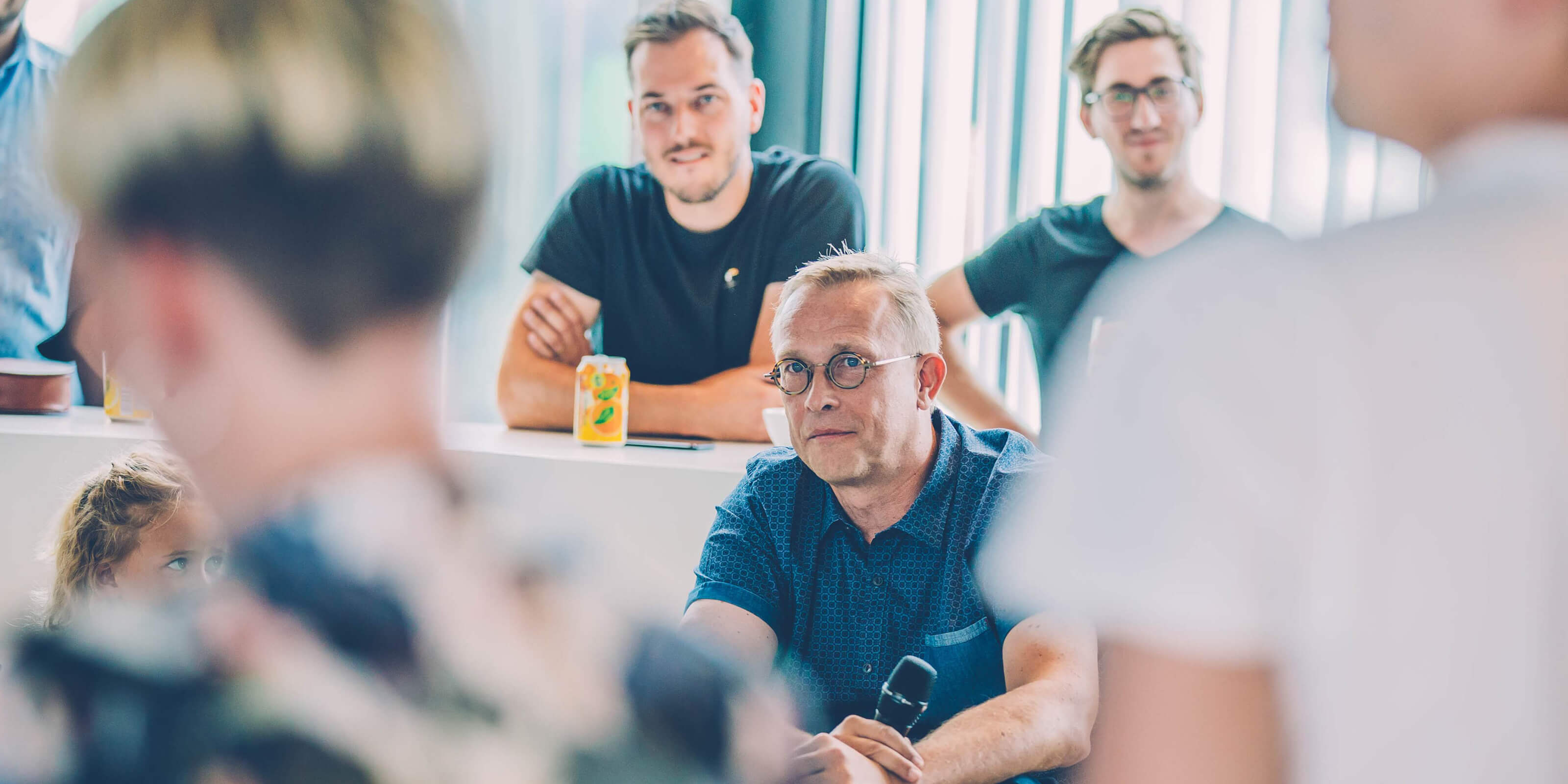 From the 9th till the 12th of August In The Pocket organized the yearly Summer Academy, our 4-day design challenge. We went with 11 twenty-somethings and a bunch of experts to Ellezelles, a small village in Wallonia. During four days they thought about how the public broadcaster can reach adolescents better with its political journalism.

Three teams looked for a possible solution, which they presented to the jury at the end of our Summer Academy. These are their proposals!

The first team focused mainly on the young people who still don’t know who to vote for. Those who have such a last-minute voter as a friend can refer them on an online platform of the VRT. When you’re enrolled by your friend, you will receive a notification on Election Day. This will lead you to a voting test that will, based on your answers on certain statements, determine which political party and candidate you side with.

According to the second team uninformed young people need a way to quickly get the essence from a lot of information because they do not identify with the jargon of politics. That’s why they created a plugin on the VRT site that allows you to respond to statements on various articles or to show that you are interested in a specific topic. Over time, the algorithm will get to know you better and show you how your political beliefs match your political parties and candidates. Initially there is quite a lot of manual work for the journalists, but later on artificial intelligence can summarize the essence of an article.

Adolescents not only want targeted information, they also want to learn to form their own opinions and to be able to express them without external interference. That's why the third team of our Summer Academy came up with a chatbot to help them. By asking questions, the chatbot teaches young people what politics really is: formulating an answer to difficult social questions. At first you talk to the chatbot, but after a while you have to debate with real people and even try to convince them.

And the winner is…

Team Kweenie! The jury (Ivan De Vadder, Lesley Demuynck, Nickias Pauwels, Jasmine Haegeman, Jeroen Lemaire and Hannes Van de Velde) was really charmed by the idea of the chatbot. They thought it was a very creative solution to coach people and learn them to form an opinion.