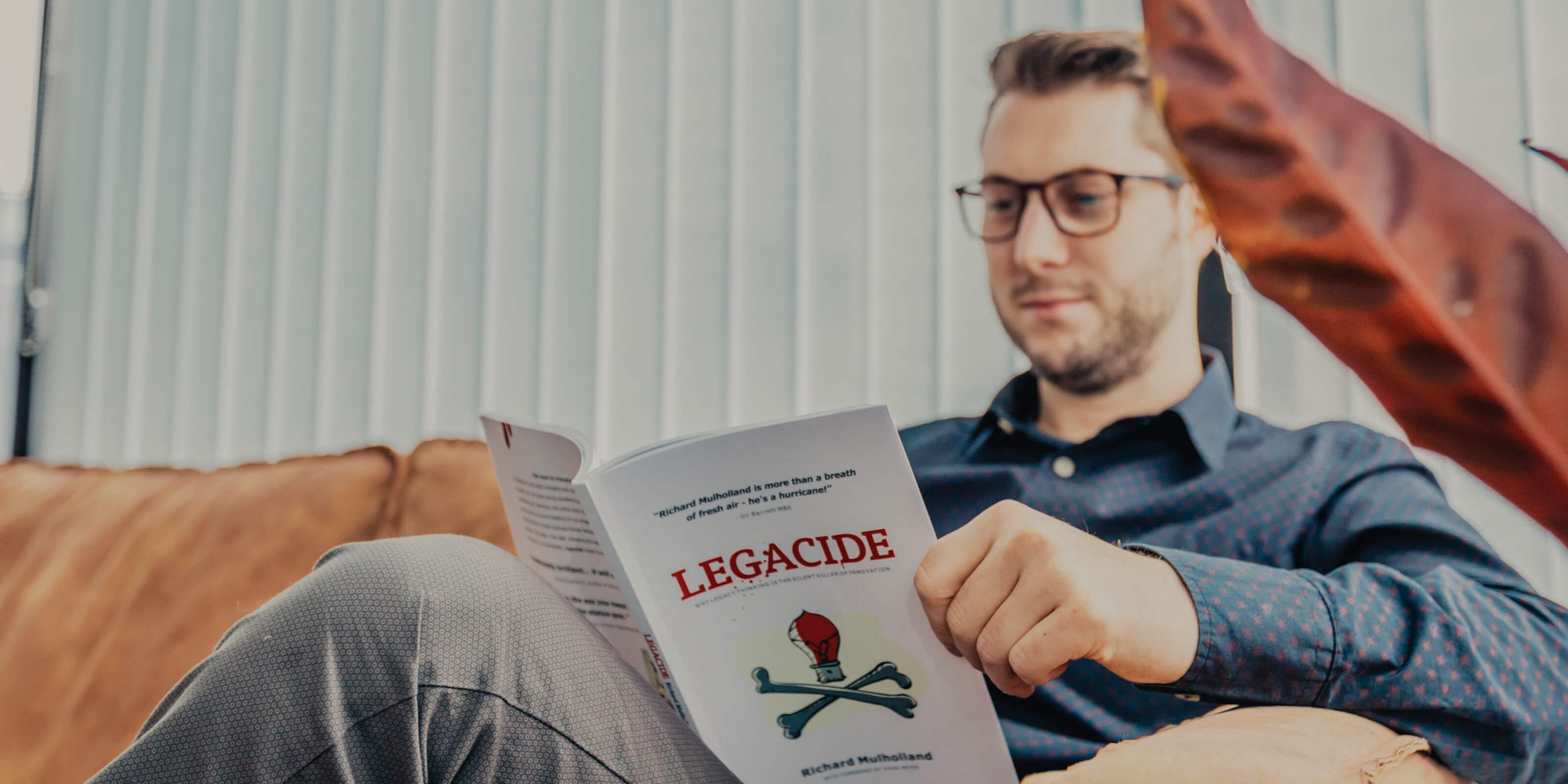 We read a lot. And when we say ‘a lot’, we really mean A LOT. From books to blog posts, from whitepapers to newspaper articles: we steal with our eyes and try to see if there’s something relevant. We believe that you have to share as much as possible, so here are five books our colleagues would recommend:

''Hooked' is an absolute classic if you’re into product growth. Nir Eyal, who has a background in video gaming and advertising, shows you step by step how you can change user behavior through technology. It’s the perfect guide to make your product more sticky and learn from the smartest in the field through various case studies. As well as a bigger framework, Nir gives you tips to act on after every chapter. With this book, you’ll be implementing expert behavioral design within your own product in no-time.'

'Known for his 2 previous books ('Sapiens' and 'Homo Deus'), in '21 Lessons for the 21st century' Yuval Noah Harari aims to answer the question what is happening in the world today. How can we get through the challenges we as a global society and you as an individual face today. It explores political, technological, social and existential questions. The book invites you to consider values, meaning and personal engagement in our uncertain world.'

''Legacide' is one of those books that you can open up on any page and learn something useful and to-the-point. Not only will it force you to question the world around you, but also to question yourself. It will teach you that innovation isn’t about doing something new, it’s about stopping doing something old. And life will never be the same.

Read with a notebook nearby, cause you’ll want to take notes. Or as the book suggests, simply use the book for scribbling — because treating a book carefully, is a legacy way of thinking.'

'At a time when I was doing a lot of research into AI from a philosophical and technical point of view, I came across this book when reading this brilliant two-part blogpost on waitbutwhy.com about the AI revolution. It was one of the books that really made me want to become a data scientist in the first place. Since Barrat focuses on a realistic view on AI rather than an optimistic one, I wanted to be closer to the cradle of it, than to be completely ignorant.'

'The following book will probably stand out a little. ‘A Brave New World’ isn’t a book that claims to identify the latest innovations and trends in these millennial times. Instead, it’s a work of fiction that tries to define happiness during a confusing time period where humanity’s own relevance is being caught up in the technology we produce and use on a daily basis.

In my opinion, you can’t really talk about ‘A Brave New World’ without talking about ‘1984’ by George Orwell.

In ‘1984’, Orwell sketches a future where society is controlled by government watchdogs, led by a Big Brother. Our media is censored, our language is being rewritten, protests are forbidden, etc.
In ‘A Brave New World’, there is simply no need to suppress humanity, for everyone is simply having too much “fun”.

In The Pocket’s slogan is:
"We create digital products that make people happy and businesses grow."

Huxley’s slogan is:
“Actual happiness always looks pretty squalid in comparison with the overcompensations for misery. And, of course, stability isn't nearly so spectacular as instability. And being contented has none of the glamour of a good fight against misfortune, none of the picturesqueness of a struggle with temptation, or a fatal overthrow by passion or doubt. Happiness is never grand.”

So, I guess my point is: Let’s make humanity grand, not just happy.'