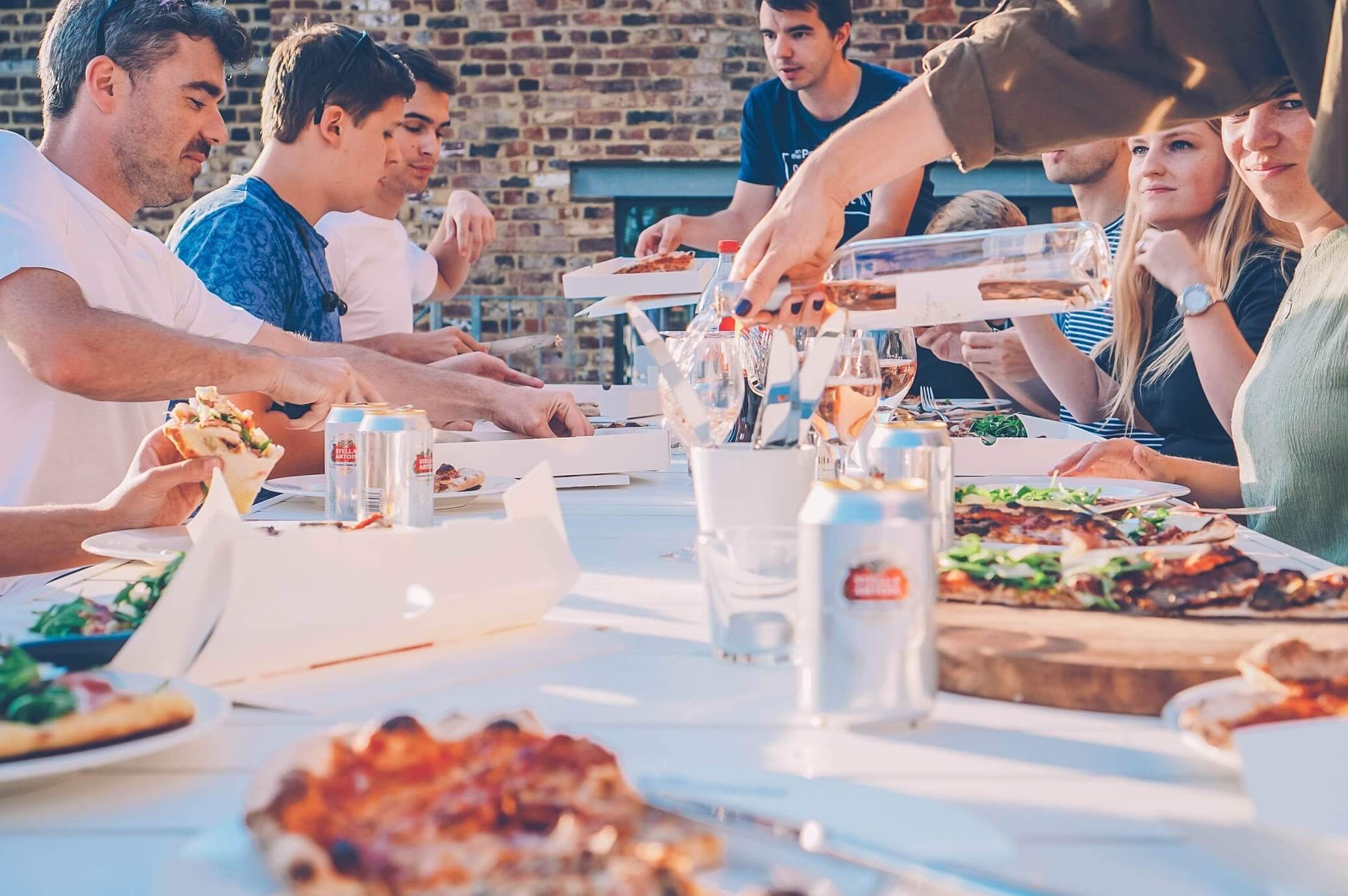 How do you invent an innovative digital product in less than four days? It’s not an easy task, but during our Summer Academy we served the challenge to a dozen young graduates. This year we worked for the public broadcaster VRT, who had the following challenge for us: how can we make a large group of first-time voters better understand the impact of their vote in the upcoming elections?

To achieve the best possible result in such a short period of time, we used the methods of a design sprint.

Every day the VRT reaches more than 3 million people via various platforms. With its entertainment and sports programs, for example, but also with its political journalism. While young people especially find the first two very interesting, they’re still too often uninterested in the latter. Nevertheless, with an eye on the federal elections of 2019, it is important that young people think about politics. The public broadcaster plays an important role in this. Maybe there’s a digital tool that could be useful in this process?

On the first day of the Summer Academy, we collected a lot of input. Those who want to build a digital product must not only know why it is developed, but also for whom. That’s why we invited several experts to our villa in Ellezelles. Among them, VRT journalist Nicolas Vlaeminck and his colleagues Nickias Pauwels and Jasmine Haegeman of VRT Creative Lab. They provided us with firsthand insights into how a political journalist works, how they try to adapt their stories for a younger audience, and what challenges they are currently facing. Next to that, they shared with us some very interesting research data on how the younger generation currently feels about politics. This allowed us to develop a very clear understanding of the target audience and their specific challenges.

Nicolas shared the process of how journalists get stories from the field to the different channels and how the newsdesk functions. VRT Creative Lab helps the different brands in their digital evolution by inspiring them with new formats, creating digital experiments and holding strategic sessions. They help determine through which channels content should be shared, so it fits the brand and its audience.

Their keynotes were followed by a debate with the presidents of the youth parties. In this conversation we learned that for many young people, there’s a stigma sticking to 'politics'. Not only politicians play an important role in this, but also the media. Many TV programs seem like dramatic plays and have little to do with the real political decision-making. The presidents told us what politics is all about: looking for answers to small and large social problems.

With the knowledge of the first day in mind, the three teams went to work. In the morning sessions, the teams focused on defining a very specific challenge to solve. Something that is tangible enough to work with during the weekend, yet ambitious enough to solve. They clustered their notes from day one onto empathy maps, which helped to create a clear and visual overview of the different challenges. From those insights, each team selected one specific challenge.

In the afternoon, we took those challenge statements as a basis for ideation exercises. For each part of the challenge statements, we asked ourselves: “how might we solve this?” Through multiple ideation exercises, one of which is appropriately called “Crazy 8s” - or trying to come up with 8 different ideas in just 8 minutes, yes that’s crazy - we helped the teams to generate multiple ideas that could solve their challenge. Out of those rough ideas, we distilled the best ones in a so-called ‘Solution Sketch’, a detailed sketch that highlights how the target audience discovers your solution, where the solution helps the audience to solve their needs, and finally what the desired outcome is.

During that process, several experts were present and available to help. They even gave workshops that could be interesting to develop the product. What should you focus on when designing the user interface, for example, or how can you use React to develop your product?

The third day was kickstarted with a bootcamp by Forza. The perfect way to wake up! Afterwards we were joined by Roel van Gils who gave us a workshop on inclusive design. His key takeaway? Good design isn’t good enough. You need inclusive design, products that are accessible for all users - including the ones with disabilities.

After the physical and mental warm-up, it was up to the teams to turn their sketches into actual working prototypes. In between the hard work on the prototypes were some workshops by Olivier and Frederik of In The Pocket. They teached the Summer Academy fellows how to give the perfect pitch, so they were well-prepared for the big moment on day 4.

After a short night - the teams worked till 2 am - we returned to Ghent. Showtime, baby! Curious to see the results of our Summer Academy? Read all about the Pitch here.