Partner up with Digital Twins

Ever since the words “Uh, Houston, we’ve had a problem” came out of the astronaut Jim Lovell’s’ mouth in 1970, they have been used by many people around the globe to forecast trouble. (This phrase was wrongly quoted as “Houston, we have a problem”, as popularised by the Apollo 13 film in 1995.) During the mission, a small explosion left the astronaut crew with a minimal amount of fuel to get back to Earth. They did manage to return safely with a mirrored system of the Apollo 13 air circulation as a key feature of the rescue operation. The mirror refers to a physical copy of the system that was still on Earth and allowed engineers to perform several tests, many of which could not be done on the damaged and fuel-depleted spacecraft. Distant objects are hard to test and sometimes there is only one chance to get it right, but the Apollo mission gave us a good example of how we can tackle these challenging problems. However, as in most good stories, the origin of the digital twin concept cannot be pinpointed to one specific occurrence. It was formed by many other challenges and successful breakthroughs in the digital world.

Testing in the virtual world

Digital twins are simulated copies of (existing) objects that live in a virtual environment. There are many examples of cases where the development of a digital twin is time well spent. You have probably read about products in distant, uninhabitable locations and unrepeatable tests. Another example is manufacturing: most new machines are constructed iteratively, becoming more complex at each step. This enables us to construct machines that can do seemingly impossible tasks. Unfortunately, testing real-world machinery can become challenging – because it is so hard to build – or too expensive. With some tests, it is also very difficult to replicate the desired working conditions and context in which these machines will run: how can you test a car driving around in traffic in a factory? With digital twins, tests can be done many times over, and a wide variety of environments can be used to put them to the test.

Recent advances in virtual environments such as Unity, MuJoCo and Unreal Engine make it possible to build simulated copies of real-world objects and test them to breaking point by means of built-in physics engines. It is also possible for a digital twin to read in all the sensory data that is collected from a physical object and anticipate possible failures, something that has been made feasible with the rise of the Internet of Things (IoT). If a component of a plane breaks down in mid-flight, we need to anticipate the consequences in the middle of an emergency. But digital twins might have made it possible to avoid the problem altogether. Enough sensory data and/or good simulations allow possible failures to be predicted, avoiding possible catastrophes. If the twin is well-simulated, there is even less of a need for historical operating experience and the knowledge of a few experts in the field.

An example of a company that is using digital twins extensively is the electrical car manufacturer Tesla. Every car has a simulated copy, and the company is able to fix problems with software updates using data that is constantly sent out by the car, instead of the very expensive alternative of getting a car to a garage and fixing the hardware or software there. General Electric has digital twins of aircraft they have built, Arctic Wind has digital twins to monitor the health of their wind turbines and many more companies have jumped on the bandwagon, such as IBM, Siemens, Microsoft etc. But maybe the best example of a digital twin is one you are certainly familiar with, but might not realize exists: you have a digital twin of your own. You probably have several. Market leaders such as Amazon, Google and Apple try to simulate your consumer behaviour. They anticipate your preferences and provide customised advertisements to optimise your purchasing behaviour.

But maybe the best example of a digital twin is one you are certainly familiar with, but might not realize exists: you have a digital twin of your own. You probably have several.

So why should you create a digital twin of your company’s critical components? Without the need for physical testing machines, they can be very cost-efficient and make it easier to spot product limitations, allowing for a more customer-friendly product. This also enables you to compare several components without the cost. Digital twins enable new companies to launch their products onto the market without giving a handful of conglomerates the privilege of a desired market position. Machine learning, and in particular reinforcement learning, is much more straightforward to train on simulations that can run millions of times over without having to suffer the consequences. However, innovating ideas often come at a price. Digital twins have a need for smart objects that should be incorporated into physical machinery to gather data. Furthermore, building twins and investigating whether the gap between reality and a virtual environment is small enough can become complex. Digital twins will probably never become exact replicas. At In The Pocket, we have coined the term ‘digital nephew’, to emphasize this. Determining whether a nephew can live up to the necessary standards is a difficult task, but not an insurmountable one for companies that have the necessary know-how and software skills.

The concept of digital twins is becoming more and more intertwined with our everyday lives: each of us has at least one digital twin living on a server of one of the larger companies. It is becoming increasingly possible for smaller companies to benefit from the possible advantages. Digital twins will teach us how to drive autonomously and with the coming of AR and VR, who knows which (virtual) world we will spend our time in in the future. 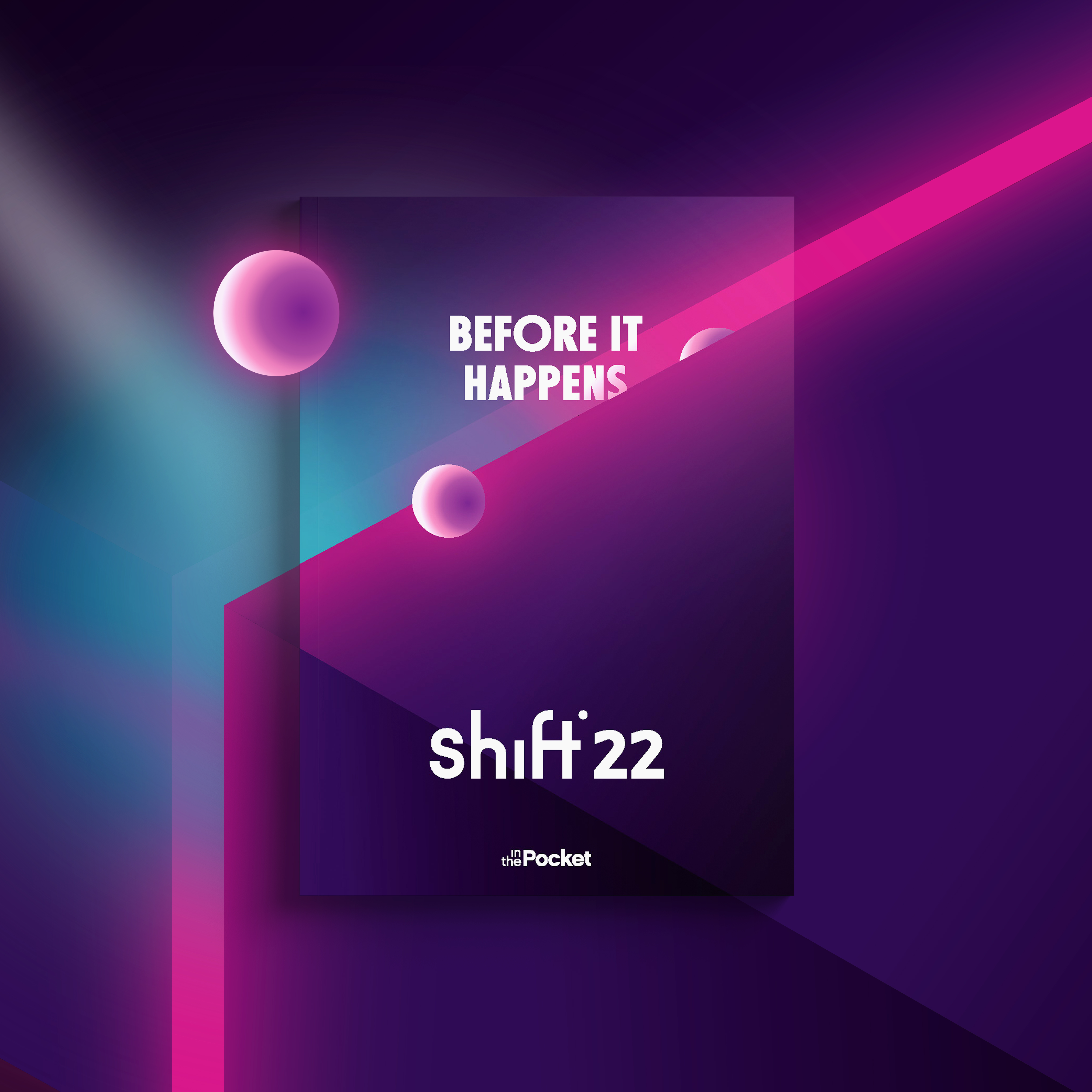