Our conversation with Fabien Bénétou 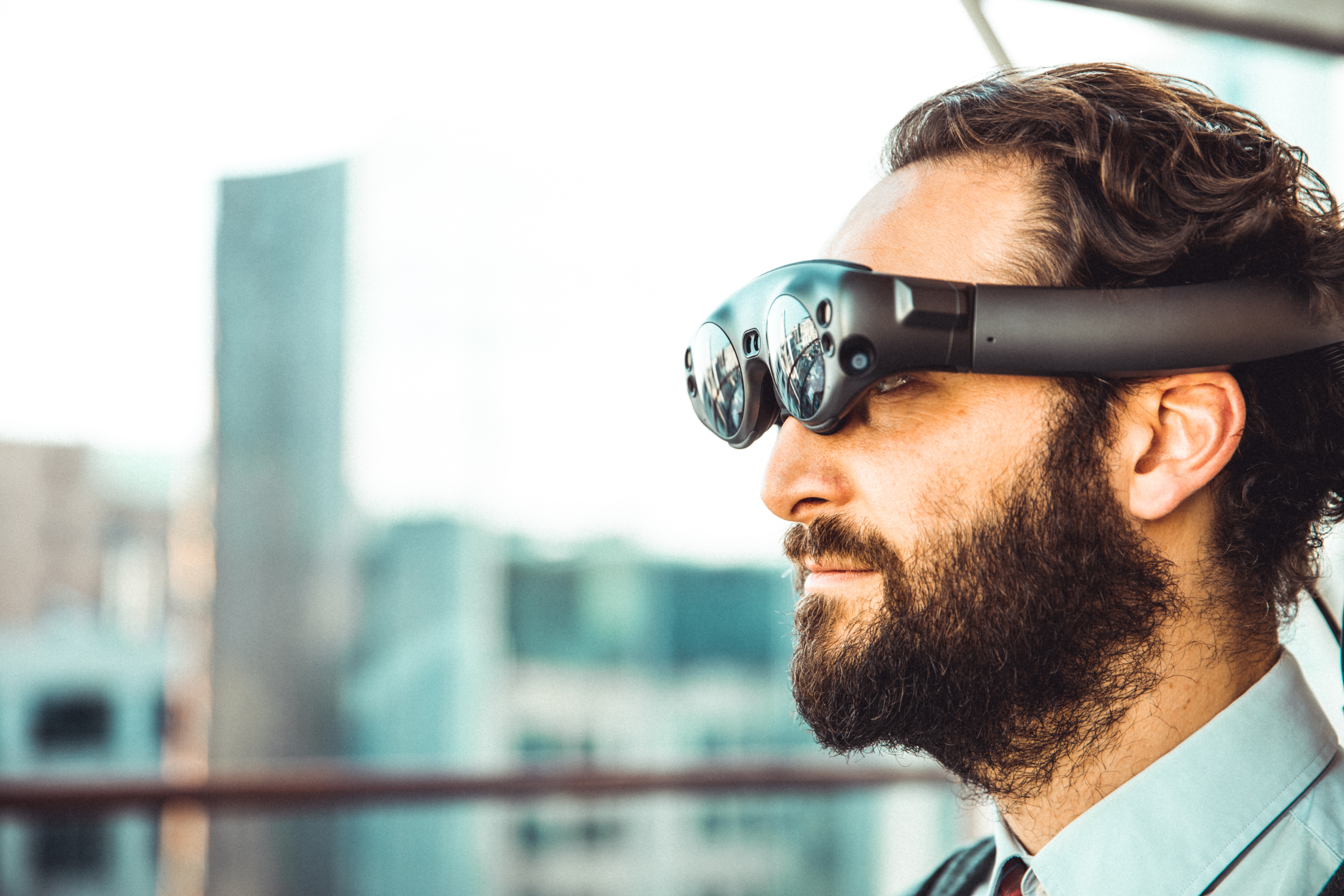 One of the cool things about working in the field of an emerging technology is that it’s actually not so difficult to meet your heroes. At In The Pocket we managed to interview a few of these people - Matt Miesnieks, for instance, who just sold his company to Niantic. Recently we had the honor to interview WebXR Developer and consultant Fabien Bénétou, who’s currently working for the European Parliament and Unicef. Fabien has been evangelizing WebXR for a bunch of years and is a Mozilla AFrame contributor. A bunch of cool stuff - and that’s exactly why we’re fans of him!

Fabien is so good at his mission to evangelize the world when it comes to WebXR, that it literally took him five seconds to start talking about it. ‘Most of our communication channels or the applications we use are web based, even if we think that they’re native applications - such as Slack or Microsoft Teams. They’re often just webpages that look like apps.’

What’s important, he says, is that it’s based on standards that make these applications work on every browser. You could eventually do the same for Virtual and Augmented Reality applications, although native mobile frameworks like ARKit and ARCore are still more powerful in terms of features.

'A lot of people focus on the lack of these features, but the web has some advantages too. It offers for instance a much better environment for collaboration. Let’s say we work together on an app or on other content; if we’re building it with web technology it can constantly be deployed, and I can give my feedback faster. Faster deployment means faster collaboration, and when you work on emerging technologies, such as VR and AR, that’s necessary. We’re still figuring out how we can use them, so the speed with which we can iterate, change and modify, makes a huge difference as you can explore more.’

‘The challenge with WebXR,’ says Fabien, ‘is that it’s a new specification. The work started four years ago in San José when we gathered for the first W3C Workshop on WebVR. I was there and it was amazing, it felt like it was the beginning of the web. It was going to change everything, you know? Soon after we had had the first prototypes of it at Mozilla, starting with WebGL and bringing in the device orientation to start building up from there.’

The next step will be to go from "it is possible" to "making it actually work on all devices and platforms". Fabien explains that this will be difficult, as we’ll realize that not all the features are there yet. You’ll need adoption and implementation from all the different browser vendors, from Apple’s Safari to Google’s Chrome and Mozilla’s Firefox. Next to these you have new players like Magic Leap with their own browser, or special cases like Microsoft with Edge on desktop and on the HoloLens…

‘Before WebXR can introduce a new feature, we need to figure out how to do it on all those platforms. That’s very different from Apple with ARKit or Google with ARCore, where they can add a new feature and developers just get started with it. On the web we all need to agree on how to do it, and there are different stakeholders with different priorities. Plus, browsers are used by billions of people and they need to be secure — as a browser vendor you don’t want to add some cool feature for XR and introduce something that might affect security for banking or some other application. That’s why it takes so long. So if you have a product to ship and the web doesn’t offer the features you need yet, sure - go native. But if you’re thinking longer-term and you want to eventually ship on many devices and platforms, you should be taking WebXR seriously and getting started with it today.’

According to Fabien, the slowdown of WebXR can be partly due to the fact that the big players are still businesses with their own motivations. ‘Take Apple, for example. They have vertical integration: they own the device, they design their own chipsets, own the companies that make some of the sensors, they have the OS, the browser, the app store… so they control everything. On the other end of the spectrum is Mozilla, which just ships a browser. And then there’s Facebook, which is more like Apple but with a different business model: they have their own devices like the Oculus Quest, but their business model is to analyze your behaviour to sell ads. The different stacks for the different browser vendors are radically different, and so are their strategies.’

A perfect example of how long things can take is Half-Life 2. When the first Oculus Rift development kit was released, back in 2012, you could already play a build of Half-Life 2 on it. Eight years later we finally have the full VR version of that game. It’s a perfect metaphor for a lot of things in XR: it’s coming, we’re going to get there, but it’s probably going to take two or three times longer than you think.

‘It’s a good mindset to assume it’s always going to take longer than expected, but it also might change a lot more than expected. Two days ago I was at the IEEE VR Conference, where we watched a conference in WebVR and chatted with other researchers on the state of WebVR. So instead of being locked inside my house, I was in a virtual room with people from all over the world and that really went well.'

'The next evening I was in the party game WaveXR and I was literally dancing for three hours while I’m not even a good dancer. Maybe it’s because I’m in lockdown, but I really enjoy doing things that I wouldn’t be able to do otherwise. It takes time to get there, but there are new needs and the devices are getting so much cheaper. Something like the Oculus Quest, for example, used to cost 100.000 euros 10 years ago. You needed to have a whole cave with special cameras and controllers… And now you go to a consumer electronics retailer, where you buy one for a few hundred euros and you can start in five minutes.'

'I have a Valve Index here on my desk: let’s imagine that I break the controllers tonight. If OpenXR was implemented and properly supported by browser vendors, maybe I could use my Quest controllers with it instead. Maybe I could even design my own controllers with a 3D printer and a bit of electronics, so everything could become a controller. If I could have not just the high-level XR specification, but also go lower-level on my different devices (controllers, headset, IoT or whatever can be interactive), that opens up a lot of creative possibilities.'

'My dream is for the whole stack to be open source. Right now this headset is (literally) a black box that I put on my face; I’m not even intellectually capable of understanding everything that’s happening, but I wish I did. And if it were open source, I know that whenever up or down that stack I want to go to change something, I can. In terms of creativity and innovation, that’s really exciting. And we’re not so far from it, because Collabora has the OpenXR stack running and you have browsers like Firefox that are open source.'

Thanks to VR equipment becoming cheaper, VR seems to have risen from the grave. The amount of people who have these headsets has just been growing and growing. Maybe this current crisis will make people realize that we can do positive and useful things with the technology. ‘The devices are indeed getting cheaper, and that’s mostly because we hijacked our smartphones. A lot of the R&D, like the sensors, comes from those little devices we’re so addicted to’, says Fabien.

XR is changing that hardware too - a perfect example could be Apple’s new iPad Pro with integrated LiDAR technology. Once this technology will be integrated into the newest iPhones too, we’ll probably see another boost for XR. Next stop: creating standards that make XR applications work on every browser. 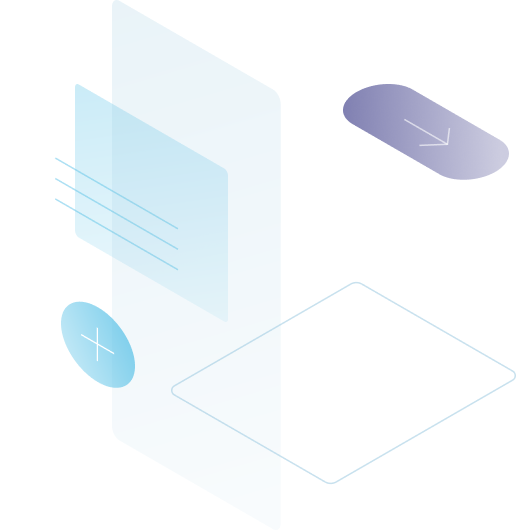