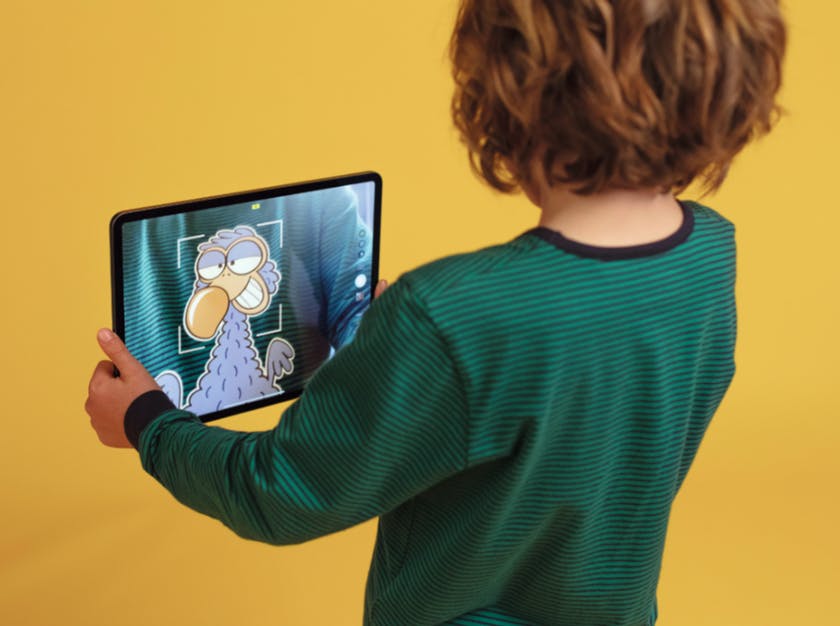 When you hear the word 'pyjamas', you probably think of a nice bedtime story, sipping hot chocolate under a blanket and dreaming endlessly. For more than two decades, Belgian company Woody has succeeded in implementing these feelings in its pyjamas by letting its imagination run wild in their designs. In the future that will only happen more, because In The Pocket and Woody join forces to develop an AR application.

By being one of the first to focus on colorful pyjamas, Woody quickly became a success story, with more than a million pyjamas sold each year. By developing an AR experience, the company proves it’s innovative in other areas too. The AR app is activated when the animals on the pyjamas are scanned with a tablet or smartphone. The Woody creatures then literally come ‘alive’ as 3D avatars, which will go on an adventure in the virtual Woody World that is projected onto the wall or on the ground.

Steven Van de Velde, managing director of Woody: "As a company, we believe very strongly in the sale of our pajamas with added value for the customer and children. This distinguishes Woody as the market leader and will open more doors abroad!’

Our Product Growth Guide show you which levers to pull in order to attain product growth. Download your copy and start experimenting today!

Why I’ve decided to stop being our CTO

In The Pocket signed the Digital Inclusion Charter