How machine learning is changing sports 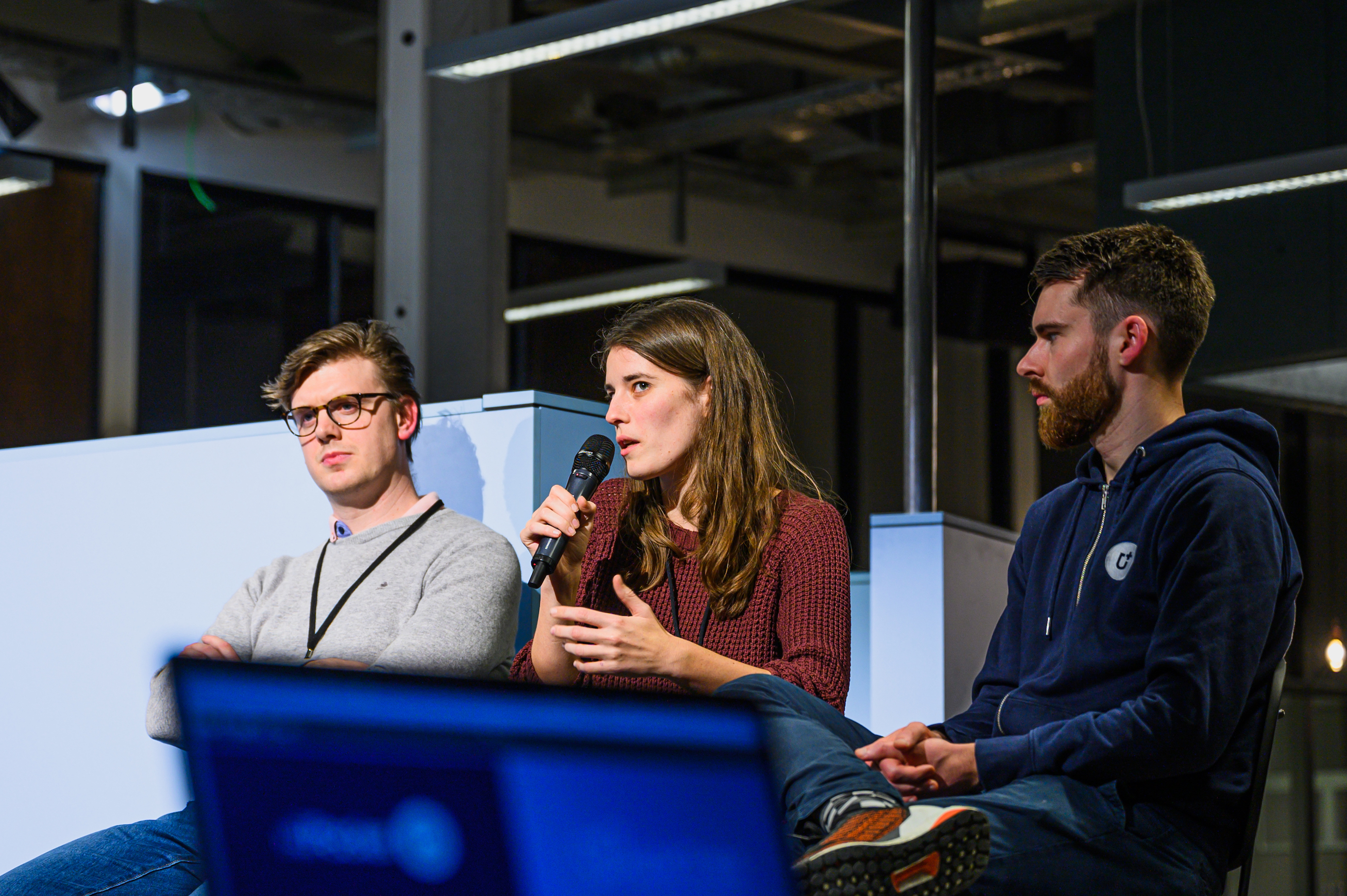 Technological advancements have been changing sports for the last couple of decades: carbon fiber, wearable sensors, player tracking, clothes manufacturing and many more are helping athletes and coaches in raising the bar to almost superhuman levels. But we shouldn’t sit back and enjoy the ride. New technologies are popping up and it’s important to keep track of what is happening right now. Teams or countries that don’t do this stand a high risk of falling behind. This is why we held an evening on the current stance of where we are today and how we see sports evolving in the future.

I gave a talk about how we at In The Pocket believe artificial intelligence will change sports in the (near) future. Lotte Bransen, head of the data science team of SciSports, showed us how they’ve built a platform that helps football teams and scouts in selecting what players could potentially add the most value to their team. We finished off the evening with Hans Danneels, CEO and co-founder of Byteflies, who inspired us in how their wearables can be used to monitor data not only during training, but also while resting and sleeping. We’ll give a summary of the talks and guide you through the lessons we’ve learned.

Artificial Intelligence in Sports - Ward Van Driessche, In The Pocket‍

The data science community is shifting its strategy. Instead of setting up dedicated experiments and logging the data necessary to test an idea, we’ve come to a point where we want to log as much as we can. This is becoming possible due to cloud technology and affordable wearables. When we have an idea that could improve an athlete's performance we can simply select the data that’s necessary. The data is available, resulting in rapid iterations of ideas and experiments. No more months of preparation and experimental setups. However, all of this data also has its downsides. How can you model all of these parameters into something useful? We believe that machine learning is one of the ways to go forward and tackle this problem. Therefore, I pitched three use cases that we believe machine learning could make possible: health risk monitoring, optimal team selection and artificial coaches that can help professional coaches or guide the average amateur. As a former semi-professional cyclist, I used cycling examples to show how we believe artificial intelligence can transform the sport.

The Use of Data in Football - Lotte Bransen, SciSports‍

No, Lotte wasn’t talking about athletes that are running around with an egg-shaped ball the size of a very large foot (American football): she indulged us into the data science world of athletes that use their feet to kick a ball. Founded in 2013, SciSports has become one of the largest players in the football market in Europe. Lotte showed us how they are able to learn more about football players than what is possible with traditional statistical methods. Their team uses artificial intelligence algorithms to extract the right metrics for professional athletes. Scouts can focus their attention on players that fit their team’s requirements and budget instead of having to watch hundreds of games with low yields.

We were impressed by some of their examples and their vision of the future. Do you want to know how you can differentiate an exceptional pass that didn’t result in a goal from a rather easy one that did? Ask Lotte! SciSports also isn’t sitting by idly: we heard what their future will bring and we must say: we’re impressed with what they are doing with pose estimation and object detection.

Running a marathon was once regarded as one of the most difficult things a human could do. I mean, Pheidippides literally died doing this. Hans did it with 4 months of preparation after a running sabbatical of five years. How did he do this? He used one of the wearable devices of Byteflies that records heart rate data and accelerometers together with smart insoles. The latter provided for a lot of feedback to avoid injury and he used the former to monitor his progress and biological data. Hans was able to safely prepare his marathon race (which he finished in just under 5 hours) together with his personal trainer Jos Maes.

Byteflies is still improving their wearable device to not only help athletes, but everybody in general. Why? Medically, people aren’t monitored that much: we only go to the doctor when something is wrong. Essential data might still be missing, which is even more so in the case of people with disabilities. We still need to learn a lot from these diseases and wearable health devices could help the medical world to tackle this.

“It’s really hard to predict a Messi, there’s only one of him so there’s not much data available” ~Lotte Bransen

Our takeaways from Apple's WWDC 2021

Summer Academy teams up with Link in de Kabel