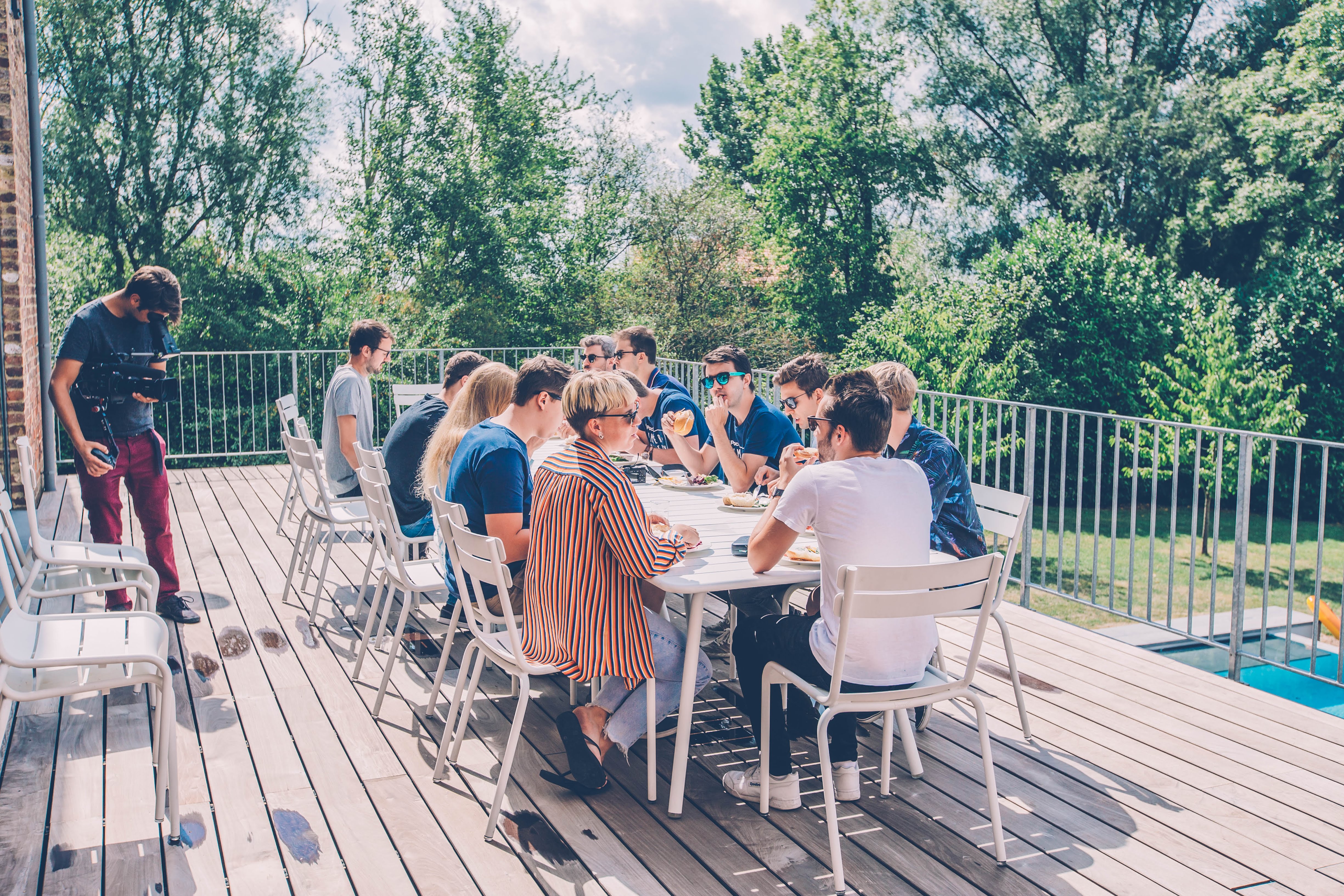 As the temperature is rising, so is our need to go outside and fire up the grill. That’s why we sent our colleagues some barbecue inspiration in one of our care packages! ‘What are those?’, you might wonder. Our care packages are little boxes we sent to the team, filled with nice surprises to keep us connected while working from home. Our latest package included drinks, herbs and some inspiration to barbecue. Also feel like lighting the fire? Here are the recipes we created!

Prepare the marinade by gently boiling the first 6 ingredients in a medium saucepan until reduced and thick, about 20 minutes. Allow to cool completely. Divide into two containers and refrigerate one container for later. Place ribs on a large baking sheet lined with heavy foil. Brush half the marinade all over the ribs on both sides. Cover with foil and refrigerate for 8 hours to marinate.

When you're ready to cook the ribs, preheat the oven to 140 degrees. Place the pan, still covered in foil, into the oven for 2 hours. Remove the foil and increase the temperature to 150. Using the other half of the sauce, brush another generous layer all over the ribs. Return the pan to the oven and continue cooking for another 30 to 40 minutes, brushing on another layer of sauce as it cooks. Remove the ribs when they're fork tender (keep cooking until they are). Slice and serve!

Mix the oil and vinegar with the garlic, thym, basil, salt and pepper to a marinaid.  Add the mushrooms and chopped onions and toss. Set for at least 15 minutes (longer if you want more flavour). Start with putting a mushroom on a stick, then a piece of onion, and so on, and grill 15 to 20 minutes, until brown.  Add the fresh herbs.

Mix the olive oil,  garlic, chili, thyme, salt and pepper to a marinade.  Clean the potatoes, no need to peel them. Make a carving every 1 centimeter.  Cover the potatoes with the marinade. Put each potato in foil and put on the grill. Mix the feta with the seeds/nuts and sprinkle on the potatoes when ready. Special thanks to Karolas Kitchen!

• Spiced Rum (FE: Sailor Jerrys - awesome inside of the bottle)

• Crispy Biscuits of your choice

Fill the skillet with the chopped chocolate. Put the marshmallows on top and put on the BBQ. Once the chocolate has melted and the marshmallows are golden, it’s ready. Serve hot and use your favorite biscuits to dip. For the Snickerlovers: Use chopped Snickers instead of chocolate. Add some caramel drizzle and chopped peanuts on top, once ready.