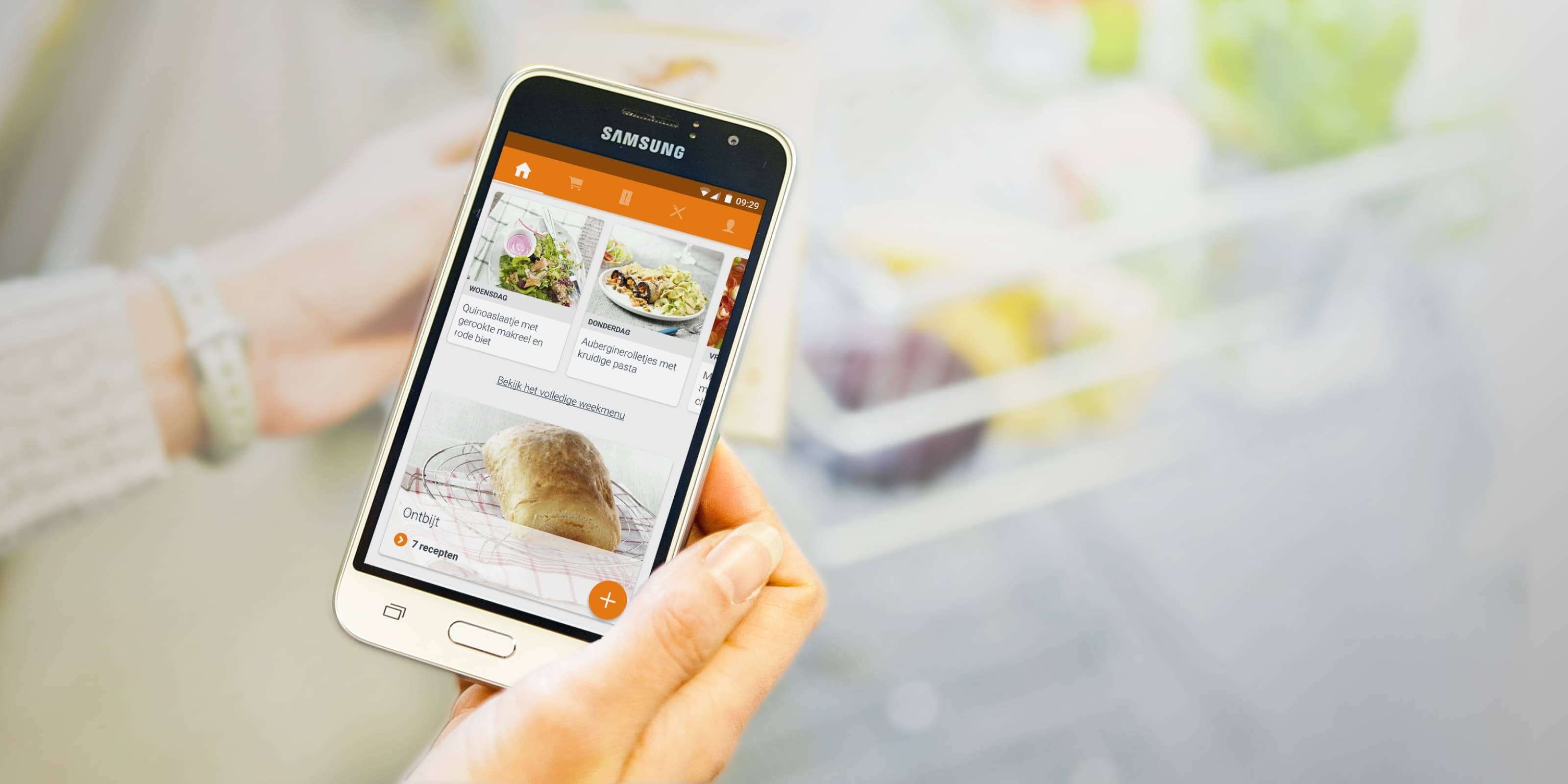 Since 2016, Belgian retail player Colruyt has an application called MyColruyt, which we developed in collaboration with the team of Colruyt. This app allows customers to create shopping lists, among other things, and shows them their favorite products and the current promotions. In addition, the app has a few other features, including inspiring recipes.

The application is well received and scored high ratings and reviews in the app stores. Still, things can always improve: MyColruyt is used by a limited group of customers while the supermarket wants to expand the audience. The product itself can also be improved according to the needs of the customer. Colruyt realized that there was still a lot of untapped potential and joined forces with us for a Growth Track.

Within a few weeks time we ensured that there are clear KPIs and metrics, so that there is a consistent road map.

We started as usual with an intake meeting in which we planted the flag. Based on data analysis, we investigated how customers use the application and identified the pain points. We looked at how many new users are attracted each month, how long they stayed and which features are used. The information we gained from that study was then combined with the business goals.

The combination of the two resulted into a lot of possible solutions that we prioritized. The most important goal became our North Star Metric. What do we want to fully focus on? The answer to that question is: the weekly active use. How often have people used the application in the past seven days, and for what purpose?

We were then able to link objectives and key results to the North Star metric, with the final step being a roadmap consisting of A/B tests and other experiments. Every quarter we focus on a different part of the application - in the first quarter it’s the onboarding, afterwards we look at the use of existing features. Research has taught us that people who discover multiple features use the app more often.

Our Product Growth Guide show you which levers to pull in order to attain product growth. Download your copy and start experimenting today!